Agents Beware … Our Image is Being Badly Tarnished on TV! 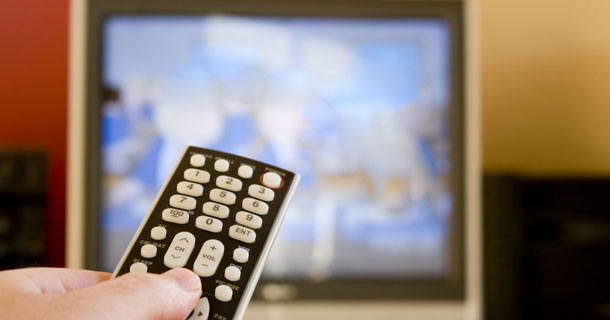 I have always been extremely interested in real estate all over the country. Whether it is real estate in Miami, Vegas, Houston, or Hawaii, I love to see what the different real estate markets are like.

And so do many other people. Which is why I was so horrified by what I came across on TV last night that portrays our industry in a horrible light.

Million Dollar Listing is a show on Bravo that follows the lives and careers of several high-producing real estate agents in a number of large cities in the US. In a recent episode I was shocked – SHOCKED! – to see agents drinking while on the job, discussing legal contracts and shooting back straight vodka while on a listing appointment. In the meantime, two other agents held dueling open houses in the same condo building that resulted in one agent swearing profusely at the other, accusations flying regarding stealing clients, and even a physical attack. Yes, I said physical attack! In front of open house attendees! Rather than work together to make it an exciting event for clients, they both acted like immature juvenile delinquents. One agent even abruptly demanded that certain buyers leave the open house to attend his open house. After that agent left, the other agent told everyone to grab another drink and ceremoniously asked for the music to be turned up. This was certainly not behavior that I would be celebrating.

Watching these agents bribe the doorman to steer potential buyers away from their competitor’s open house, quarrel violently in front of clients, swear in front of them, encourage drinking while working on legal contracts, and even inappropriately engaging with an open house visitor was enough to make me write a formal complaint to the Bravo TV network that produces the show and the National Association of REALTORS®. If any of those agents are members of the NAR, I suggest they brush the dust off their Code of Ethics and take a close look at myriad of blatant infractions each episode exposes.

I was sick to my stomach thinking about how our industry was being portrayed on the national stage. Millions of buyers and sellers are exposed to this gross, negligent portrayal of real estate agents. We are an industry of professionals – not the “so desperate for the next sale we will put potential buyers in harms-way during a hurricane in order to show a property” or “I need to get a liquor permit for my open house” agents Bravo TV would have the public believe. This is NOT the industry I know and agents are NOT like this.

Imagine if a potential buyer or seller watches this show. Now imagine you are sitting in front of them a week later at a listing presentation. What would be going through their head? “I wonder if my agent will be holding a party here cleverly disguised as an open house?” “I wonder if anyone will be assaulted if I sign this listing agreement?” It’s no wonder buyers and sellers today are leery!

Although the name of the show is Million Dollar Listing the agent behavior I witnessed was worthless. As agents, we should be personally embarrassed by the behavior of the agents on this show. Embarrassed enough to do something about it.

If you ever find yourself watching a show that portrays your profession in a negative light – an unrealistic negative light – I ask you to make your view known. If you see it, so do your clients. And this just makes your job harder.

I will let you know if the network responds to me, but I won’t be holding my breath.

And to you Bravo, shame on you for portraying the real estate industry in this manner. Can you imagine what kind of backlash you would get if you did the same thing in the medical or legal profession? I cannot imagine this would be tolerated.

So to all my INCREDIBLE real estate agents across the country, I appeal to you to STOP this kind of programming by letting this network know how inappropriate it is. We are not an industry of money-grubbing, cutthroat, “win at any costs” individuals. We are a profession that provides invaluable services to buyers and sellers and MOST agents do it impeccably well. Please speak up!

Tags: Open house, Real Estate Agents, real estate industry
« Design Spotlight: Kim Lohnes
Ask Denise: Do I need to Blog? »
You can leave a response, or trackback from your own site.

3 Responses to “Agents Beware … Our Image is Being Badly Tarnished on TV!”