President Obama Has a Lot to Say About the Housing Market 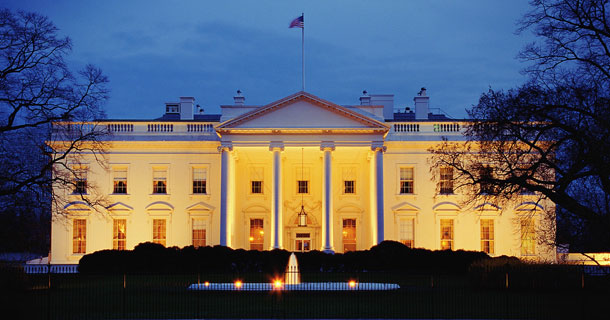 On Tuesday, August 6th, President Obama spoke in Phoenix, Arizona at Desert Vista High School, explaining his vision to promote home ownership in America. He praised reform of the financial systems and talked about the reckless practices that led to the housing crisis.

A visual representation of his vision can be seen if you follow this link: www.whitehouse.gov/share/protecting-homeownership

Then, on Wednesday, August 7th, he sat down with Zillow CEO, Spencer Rascoff, to answer questions submitted via social media outlets.

The President said that the plunge in home prices in the midst of the recession hurt a lot of families. He said that home ownership is the quintessential dream of all Americans and that we must help homeowners who have seen their homes lose value. He said it is critical that we put his plan in motion to help healing across the markets in the housing industry.

He said we need to learn from the lessons of the past and work together to build a stronger housing market. He explained that Fannie May and Freddie Mac need reform and that we need to get the private sector involved. Reforming Fannie May and Freddie Mac would help protect taxpayers and provide immediate relief to allow homeowners to refinance now. This would be good for the economy, as it would allow those who are refinancing to earn back some of their lost equity, or to free up funds to re-invest in the economy. Obama recognizes that it isn’t good for the government to be so involved in the housing industry. He admitted that Fannie May and Freddie Mac got too big and it wasn’t healthy for the housing market.

The President also said that the government is working on simplifying the mortgage process and mortgage documentation forms so that all homeowners will know exactly what they are getting into and what they are signing.

He  also discussed the fact that interest rates have ticked up, yet the housing market has been quite robust. He said that although there has been steady growth, he recognizes that the housing market is still soft because the job market is still soft. As long as unemployment remains high, then interest rates will remain low. He stressed the point that ALL homeowners should be allowed to refinance while the rates are low. He even joked about Michelle and himself being able to benefit from the low rates. He said that this would give homeowners an opportunity to start building back some of the equity they lost in the housing recession.

Additionally, the Obama addressed the need for more affordable rentals and talked about the need to turn foreclosed, abandoned properties into affordable rentals. He explained how immigration reform could bring a trillion dollars into the economy and the housing market. If the government can carry out immigration reform, then many more people not only begin paying taxes and fines, but would also have a need for housing.

Later, he addressed the college debt issue for young people who are not able to purchase homes as they are paying off student loans. He said that the reduction of student loan rates would in turn help the housing market.

If the President can implement even half of what is on his visual plan it will make for a more robust, active, and stable real estate market. Only time will tell!

Let me know if you watched the interview and what you think of it.