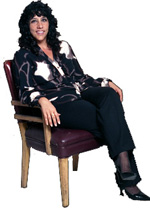 Q: Denise, what would you think about me getting one of those advertising spaces on grocery store shopping carts?

A:  My recommendation is to actually create an annual advertising plan rather than just creating and running an ad because you are approached to do one.

Here is an example, an annual advertising plan for an agent might include running an ad in the local magazine alongside an article that you contribute each month (so you have the visual component plus your expertise component).

Or you might support the arts in your community by running an ad in their program and also contributing a portion of your commission as a donation. You might also run an ad in your networking group newsletter while you are also there live each month.

Think of effective advertising in layers. If you can’t layer this advertising with another activity, then it probably won’t be as effective as you like. This is why developing an advertising plan is important.

Tags: ad, advertising, advertising plan, ask denise, branding, Branding & Design, planning, Real Estate, real estate marketing
« 10 Ways to Boost Your Business Any Time of the Year
Design Spotlight: Seal of Approval »
You can leave a response, or trackback from your own site.