What Do You Find “Pinteresting”? 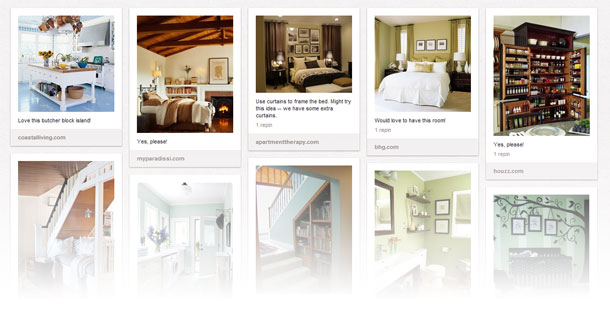 If you’re already an aficionado of Pinterest, you’ll know exactly what I mean by that question.  And if you’ve never heard of Pinterest, let me be the first to introduce you to this fascinating site.

A member of my team was an early adopter of Pinterest, and she shared information with me about the site last fall after using it for about six months.

So what exactly is Pinterest?  Simply put, Pinterest is a website where users can curate theme-based images and collections.  At its core, it’s based on the concept of vision boards and social photo-sharing.  Visual bookmarking is at the heart of Pinterest – and of course, there’s a social networking component as well.

The site is ridiculously simple to use.  A “pin it” tool is required to grab an image and source link so it can be added to your board.  And you can “repin” items from other people’s Pinterest boards, or from your computer.

Users typically create collections in their area of interest … and users have complete autonomy in naming, creating, and curating their Pinterest collections.

For example, my team member Laura has 27 boards on Pinterest, with titles as diverse as “the holding pen” to “I love vintage industrial design” to “great white kitchens.”   She uses the site to curate design ideas, save images for future projects, and to be exposed to a significant number of ides from others – people she wouldn’t have the opportunity to meet in her daily life.  Trish, also part of our Lones Group team, has 16 boards, covering décor, gardening ideas, quotes to live by, and photographic “eye candy”.

Since its inception, Pinterest has grown dramatically.  A study conducted by ComScore in November of 2011 showed that Pinterest has become a major player amongst the “big” social media sites. 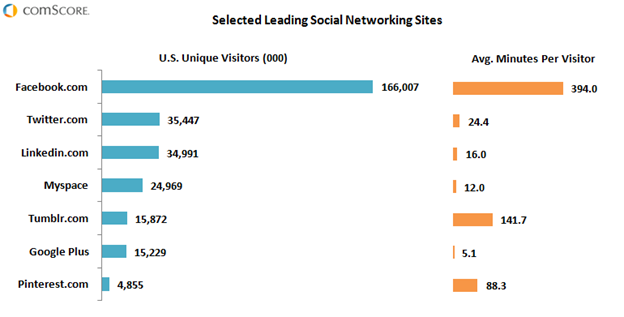 Take a look at the amount of time people are engaging on Pinterest – average minutes per visitor is the third highest of the sites listed!

And data collected by Ignite Social Media shows that Pinterest is of interest across age groups.  Interestingly, 60% of Pinterest users have some college education.

Finally, Pinterest is now the fastest growing site for referral traffic, or so the folks at Shareaholic have discovered.  That 3.6% number might look small, but it is virtually identical to both Google and Twitter’s referral traffic numbers … and larger than the combined traffic driven from MySpace, LinkedIn, Google Plus, Reddit, and YouTube. 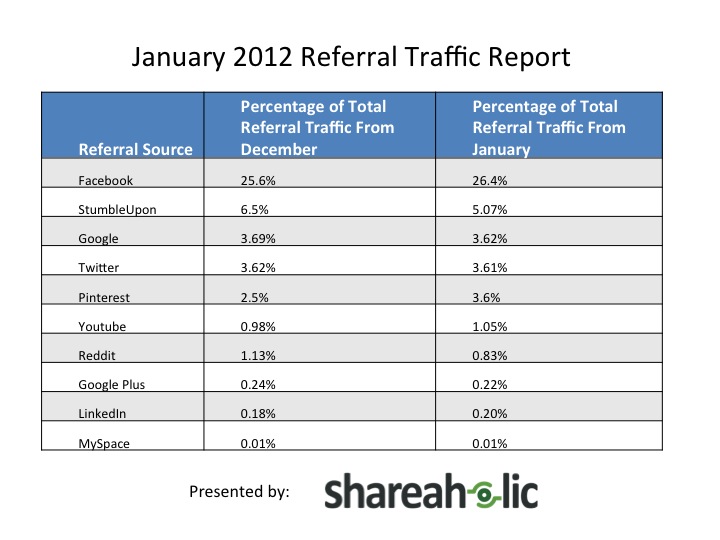 How can you harness Pinterest’s growing user base?

Pinterest was not created as a sales channel or commerce site, and there are some rules around what you can and cannot do on the site.  The site states Pinterest shouldn’t be used “purely as a tool for self-promotion”.  As a result, many individuals have discounted Pinterest as a business-generating tools … preferring instead to use it simply in its simplest form – as a bulletin board.

I have some ideas about how you could use Pinterest as a real estate agent … but I want to hear what you think.  How do you think you could leverage Pinterest to help your business?

I also want to hear if you’re using Pinterest.  I invite you to take the short survey below.  We’ll share the results in a future Zebra Report!

5 Responses to “What Do You Find “Pinteresting”?”