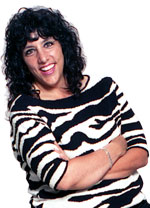 A: I applaud you for doing this exercise but I don’t want you to look at this monthly. I want you to keep a running tally per year. The reason for this is when you did the work isn’t necessarily when you got paid. For example, in January when you got paid $4,000, that is likely work you did in November and December during the holidays. However, in January, it looks like you were ramping up for a great April. Does that make sense? You need to average it over a longer period of time. But calculating monthly so you don’t have as much work to do isn’t a bad plan at all. And you can keep a running year-to-date total if you want to keep score throughout the year. Good work!

Tags: annual income, gross income, hourly rate, monthly income
« How Much Money Do You REALLY Make?
What’s Your Net? »
You can leave a response, or trackback from your own site.