Evaluate the Market with Facts, not Emotion 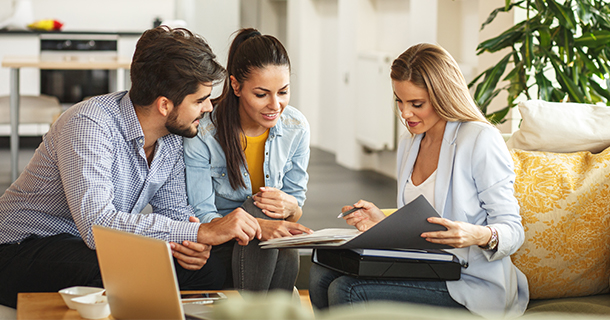 When agents ask me how the market is doing, I always ask them, “Why they you asking?” Considering they are in the market day to day I assume that they have a very good idea of how the market is doing. The challenge is that for many agents that were licensed during the downturn/correction/crash/recession (or whatever word best describes that time period for you) they tend to panic anytime the market slows in any way.

What I like to tell agents to focus on is the facts of the market during that time, NOT the emotion they felt at that time. If I ask any agent to tell me how the market affected them I usually get a very emotional response. So it is natural that agents might get emotional when they think the market may be changing? Sure, however, I urge agents to focus on the FACTS, not the EMOTION of what is going on.

Let’s think back at our market statistics from 2008. We were really feeling the heat in October of 2008 as you may recall. Our current day, 2018 the fundamental economic numbers don’t look similar in any way. So, before you panic and focus on emotion, or let your clients go down a path of concern, take some time to research the facts.

For example, when I hear concerns about the stock market and how the fluctuations plus the inventory surge are reminiscent of the recession, I like to challenge the agent and ask about the facts around this. What was the state of the stock market in October 2008? Where is it today? Do you know?

Our economy is strong, our unemployment rate is at a historic low level and interest rates are way more competitive than they were there. While inventory may be shifting in certain markets you have to remember that prices were soaring to record levels that could not be sustained.

When trying to assess what is really going on in the market first take a look at the facts.

By Denise Lones CSP, M.I.R.M., CDEI – The founding partner of The Lones Group, Denise Lones, brings nearly three decades of experience in the real estate industry. With agent/broker coaching, expertise in branding, lead generation, strategic marketing, business analysis, new home project planning, product development, Denise is nationally recognized as the source for all things real estate. With a passion for improvement, Denise has helped thousands of real estate agents, brokers, and managers build their business to unprecedented levels of success, while helping them maintain balance and quality of life.