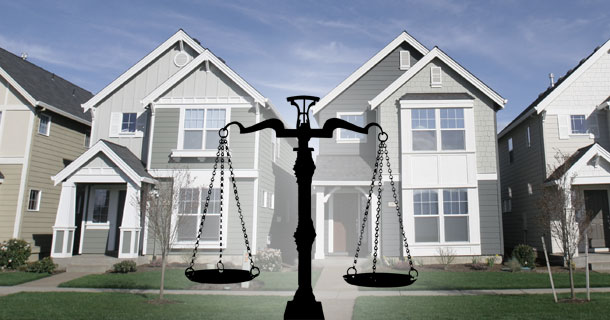 WHAT EVERY AGENT NEEDS TO KNOW!
I was approached a few months ago by clients of mine, real estate agents who were in the midst of a legal dilemma. They had been served with legal documents because the buyer they had sold their home to had decided to sue them two years after the sale. The buyer claimed that there was mold in the attic and that the seller was responsible for its repair.

The first question I asked my clients was whether or not there had been an inspection done on the property. My clients confirmed that there was an inspection and that the buyer waived the inspection contingency. The buyer proceeded to closing and as far as my clients knew they had sold their home, but had they?

This appears to be a simple case where a buyer has a professional inspect the property, they then waive the inspection contingency and buy the home. While the buyer did waive their inspection contingency they were clearly upset to find mold 2 years later and wanted someone else to pay for its repair. That is where the real estate agent sellers come in. The buyer decides to sue and even though the sellers have not done anything wrong they are facing a law suit. The buyer had an inspection; that was part of the agreement. They could have walked away, but they didn’t. The buyer wanted the home, they bought the home, and now they are serving a lawsuit against the seller two years after the sale has closed. How can this be?

Anyone who has ever been involved in a law suit knows that there is a lot of work and emotional stress that goes along with being sued. The work involved is laborious as judges like well-documented proof and facts; and preparing a defense is very time consuming. If you are a real estate agent it will take you away from doing what you do best, which is helping people buy and sell real estate.

I was eager to supply my clients with hope about the case, telling them that they had nothing to worry about because of the legal forms and contingencies that are in place to protect sellers. Can you imagine my shock when they told me that the judge had ruled both the buyer and seller at fault and told them to settle in the middle? I thought I was going to be sick, how could this have happened? We have forms for this! We have laws for this! How could the judge make such a fundamental error? The decision the judge made could not have been made on the facts of the law that govern real estate transactions. I knew at that moment a huge mistake had been made. Yes, even judges can make mistakes, but unless you challenge those mistakes you will never reverse them.

I told my clients that although a judge had ruled against them that they were indeed right and I tried to support them and encourage them to appeal the decision. This would require extra fees and extra time. My clients also had to weigh the time commitment and energy expenditure they would incur because of this appeal. If this was not appealed, then this decision would go against everything we currently do when selling a home in the United States of America. It would mean that you would never truly be finished with the responsibility of owning a home, inspections would have no value, and a lawsuit could be brought by anyone after any length of time post-closing.

For as long as I have been in this industry I have never seen this kind of blatant error made in a court of law in a real estate transaction. But remember, anyone can sue you in court and any judge at any time can make a ruling for or against you despite your evidence. You have to be the one to fight further if you feel that an error was made in your ruling.

My clients agreed to challenge the decision and to appeal the judge’s decision. I told them that they had the law on their side and that they would need to carefully document it. That is exactly what they did and this morning they were notified by the appeals division that the original decision was overturned and that they had not done anything wrong.  The buyer had been given the opportunity to have an inspection, which they did, and they waived the inspection contingency. Therefore the sellers (my clients) were not responsible for this mold damage two years later. Finally, a correct decision was rendered based on the real estate law governing the original agreement and the terms of inspection!

I was thrilled to hear this! If this decision had not been overturned it would have had to be brought to national attention. It could have been a real estate crisis of monumental proportions that would change the way sellers sell their homes. Inspections must have value. Sellers should not be tied to their homes for years after closing.

I want to personally thank these agents who went out of their way to do THE RIGHT THING for the real estate industry and sellers all over the country.

A NOTE TO MY CLIENTS

I realize how difficult this was, how much time and energy it took out of your business and your personal life and on behalf of the entire real estate community and sellers all over the country I want to personally thank you for standing up for the rights of sellers everywhere.

The bottom line is this, without fighting for what you believe in and what you know is right, you could be missing out on an opportunity to prevent further problems for others down the road.

Today has been a glorious and victorious day for real estate!