On Your Bus and In Your Business 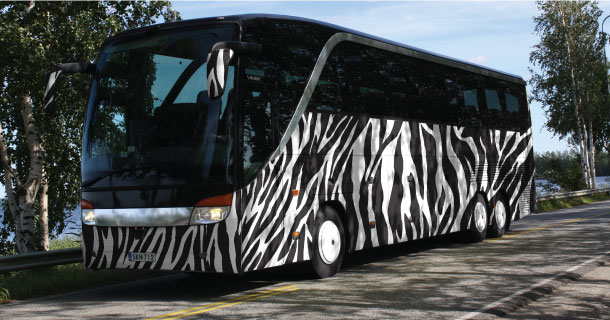 Whether you run your own real estate business, work for a company, or are part of a real estate team, there are people who you rely on day to day to help the business run smoothly. These are the people I call “on your bus”. In an ideal world, the bus runs smoothly. This means that the right people are on board, in the right seats, and the bus continues to move forward towards its destination.

But what happens when you have the wrong people on the bus? Have you ever worked somewhere and there was that person who was obviously not good for the team? Perhaps that person oozed negativity, gossiped, never took responsibility, didn’t get tasks finished, didn’t communicate well, or just did not produce? When the wrong person is on the bus, the bus cannot move efficiently towards its destination.

Having the wrong person on the bus doesn’t just affect that particular person’s job. Having the wrong person can impact everyone on the bus. Imagine a bus with ten people on it. Nine of them are doing their job, are positive and productive, but the tenth person is negative, shows up late, leaves early, and misses deadlines about 20% of the time. If that 10th person is allowed to continue their bad behavior, what do you think that is going to do to the other nine people on the bus? Do you think their attitudes will sour and they will be less assured that the bus is going where they collectively want to go and begin to look for another bus? Do you think they will lose confidence that the bus driver as their leader is going to get them to their destination? Absolutely. It happens all the time.

Sometimes you have a situation in which the right person was on the bus, but something happened. It could be something personal. It could be that person was passed up for some recognition. It could be an idea or two were not implemented and that has caused some workplace angst. Whatever the reason, if someone was definitely the right person for most of their journey but all of a sudden they weren’t, what do you do? Or if you have the wrong person, what do you do?

If you are that person’s manager or supervisor, or if you are working with them in a vendor relationship, honesty is usually the best policy. However, I recommend approaching the situation in a conflict-resolution style manner (to recap, that means sticking with the facts, keeping emotion out of the discussion, asking questions, and  stating your truth). For example:

“Jim, I want to talk with you about something that has me concerned.” (If you start with “I want to talk to you about your job performance,” that could put up the defenses which is what you don’t want). “It seems that you haven’t been happy here the last few months.” (Fact). “Your co-workers have noticed and are concerned.” (Fact). “Obviously we would like to be working as a harmonious team so can you talk about what is going on?” (Question).

By setting up the conversation this way and by not beginning by berating them with their lousy job performance, you might actually get to the crux of the problem because you have set this up as a problem-solving conversation. You might be surprised at what you find out!

In fact, this leads me to another bus challenge. Sometimes you have the right person on your bus but they are sitting in the wrong seat! You might have someone answering phones, but they are bored and have the talent to be a transaction coordinator with some training. Perhaps you have someone on your team who is working as a buyer’s agent who should be sending out marketing materials to your database and farm each month instead of draining their energy by expecting them to interact with people. Don’t lose the right person just because they are in the wrong seat. Don’t be afraid to move people into the right seats!

However, sometimes even with all your efforts, it is time to let someone off the bus whether that be an employee, team member, or a vendor. If that is the case, do it graciously via the conflict resolution formula I have outlined above by stating the facts and your truth in a positive manner. They usually know it is coming and they know it is no longer a fit.  And that is the fact of the matter – it is not a fit. The way you want to do business is not a match for how they want to do business. They need to join another bus going in another direction and both parties will be better off as a result.

I encourage you to think about your bus. Can you count on everyone who is in those seats? Are they all doing what they need to keep the bus moving forward to its destination? Are they in the right seats? If you are the bus driver, those people in the seats are relying on you to get them to their destination. There may be flat tires and engine problems along the way, but if you have the right people, they will all hop out and help get it fixed. If you think about the bus in these terms and know that there will be someone who stays on the bus, complaining about the heat and the lack of maintenance instead of hopping out and helping get the bus back on track, there’s your sign that it may be time to make a change.

One Response to “On Your Bus and In Your Business”