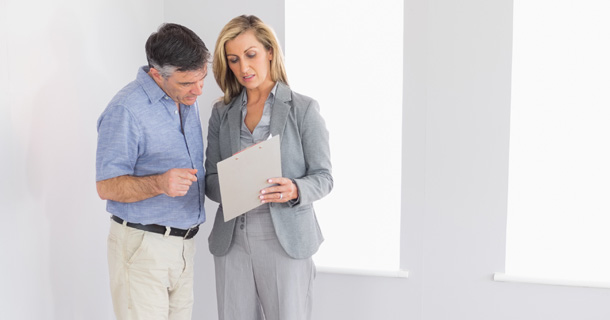 One of my favorite things to do in my real estate training is to work with agents one-on-one to help them see how they communicate with their clients. I will even videotape them. I critique their performance and together we identify flaws in their communication style and we make a plan for improvement.

Here are the eight most common mistakes agents make in their communication with clients:

Mistake #1: Speed
This is by far one of the biggest mistakes we make when we communicate. We are either too fast or too slow in our speech. Most of the time, agents are too fast. I am constantly telling agents to slow down. I don’t have to tell them to speed up quite as often, but that can also be an important factor.

You have to really pay attention to the way your clients are reacting to you as you talk. Only by doing so can you learn the correct speed of the conversation.

Mistake #3: Body Positioning
If you’re communicating with someone about important information, then you need to look your clients firm in the eye and clearly say what needs to be said. There are times during this delivery that you lean forward a bit to show the seriousness of what you’re saying. Then, after the delivery, you want to lean back to allow “space” for them to digest what you just told them.

Communication is a dance. There’s leading and following. There’s tempo and rhythm. Your clients’ body language will become animated at times. It’s important for you to note this. It tells you that your client is either excited or agitated. Use what you learn by observation. Complement what they’re saying with their body language by countering theirs with your own.

Note: When a client becomes rigid and firm in their body language, it’s usually an indicator that they don’t like what you’re saying.

Mistake #4: Avoiding Important Topics
Agents often avoid talking about the important stuff—price reductions, low offers, and other money-related issues. They beat around these topics as opposed to dealing with them directly.

Talking around points does nothing other than give the other side more time to object or think of ways to not do what you’re suggesting. You need to start off with, “This is something we need to talk about. It’s very important and I want to address it.”

Then, handle the important information succinctly and clearly. People will respect you for being direct and straightforward with them.

Mistake #5: Not Listening
Many agents have a really hard time listening to the clues that the client is giving out. For example, the client might say, “You know, we’re just not really interested in spending more than X dollars on a house.” Are they saying that they can’t spend more or that they just don’t want to? What does that mean?

The problem is that agents don’t dig deeper. Dig!

When you uncover the true parameters of your working relationship with your client, you are much better armed to help them.

But be careful. Don’t make the twin mistake of:

Mistake #7: Asking Too Many Questions
While you do want to lead, you don’t want to make the client feel like they’re being interrogated. That’s too much pressure. There needs to be balance. Communication should be a conversation, not an interrogation.

Mistake #8: Saying the Same Thing Over and Over
Many people in all walks of life make this mistake. I used to know someone who said, “Wonderful!” after every response the client gave them. It sounded fake and became annoying after a while.

Watch your words. Is there something you repeat too often? You may need to ask friends or colleagues about this one. Be genuinely interested in what they have to say to you. Don’t take personal offense.

Great communication is something that is learned. None of us are born with it. We pick up both good and bad habits along the way. Get to know your communication style. Sit down and analyze it with someone who can give you honest feedback.

Everyone has something in their communication that can be improved—including you.